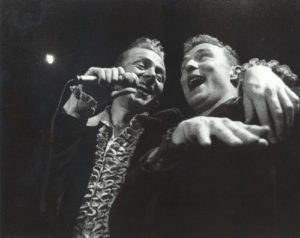 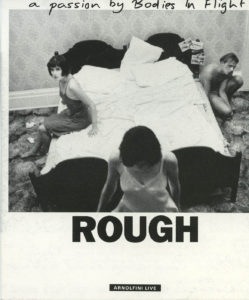 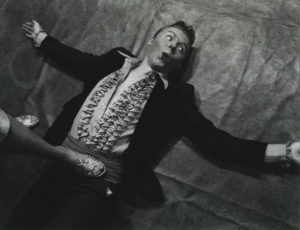 Aphrodite (aka Venus ), Cupid (aka Eros ), Diana (aka Artemis ) and Dionysus (aka Bacchus ) are on the run, holed up in some motel, where a sex thing happens. They’ve changed their names so many times now. We don’t know whether were supposed to believe in them. They don’t know which land they’re in. They keep telling stories of a life to come. The interstate never stops the free circulation of trade.

Combining original score with hip-hop, story-telling to the nth and speciality acts with virtual choreography and a mobile motel room, we hope this passionate and true tale of gods and goddesses in the new Europe will entrance you, move you to tears, run rings around you and give you a deal of faith in the future.

Articulated through a run-down variety act touring to seedy venues, we focused on the comedic skills of our performers to tell a story about gods fallen on hard times, about our culture’s loss of faith in the grand narratives of progress and history, the common decencies of community and shared values. We used stand-up and very bad club-band playing, including a Stylophone, to wow the punters. We were fascinated by the power and ambiguity of directly addressing the audience: this became a consistent theme in our work. As did jamming together popular forms (the club band) with the experimental (Christopher Austin’s score for ensemble).