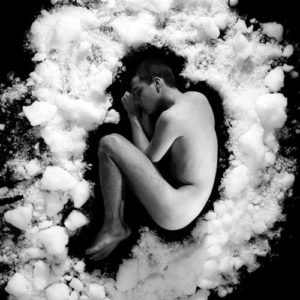 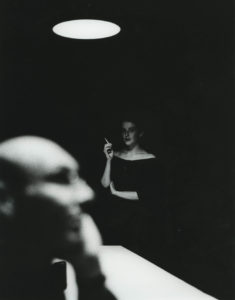 Elder’s trying to bury his little brother, but Littlun won’t stay down. He’s invited perfect strangers to the wake, but then the woman whose love they shared turns up. He’s making up stories about what a bastard his brother was, but everybody knows different. Grief does funny things. Meanwhile the caterers fail to show and the coffin lid won’t screw shut.

Bodies in Flight’s seventh show LITTLUNS WAKE invites you in as mourner to the death of something very much more beautiful and graceful, the relationship that anchored everyone to reality, the life that gave meaning to the struggle, the boy who made everyone feel really good about themselves. In the shared space of the wake, in intimate and intense performance, Bodies in Flight continue their exploration of the most collective and contemporary anxiety of all – the future and did we really mean it. Come, view the corpse, reminisce, pay your last respects. See if you can catch him breathing.

This brought to a close a trilogy of works that focused on contemporary belief, or the lack of it, what replaces religious faith in a secular society. Again, staged as an environmental piece, the audience was first invited to gather around a metal coffin, suspended in the air and packed with ice slowly melting onto the floor, then to sit on benches along a single long table, as haunting sounds emerge from small speakers and one of the performers drank through his “grief” with real whisky. Subtitled “a wake”, in hindsight, we realized it also brought to a close the first phase of BODIES IN FLIGHT’S work in which we playfully explored the possibilities of performance and took a satirical stance on issues of gender and sexuality, identity and politics.