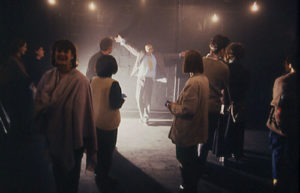 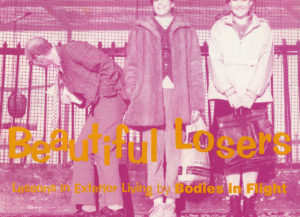 Beautiful Losers chronicles a heavenly quest. Three evangelical curators scour Britain for the relics of faith. Each site they visit yields some small miracle of the life to come. As they bear witness to the heaven held in these everyday things, they deliver up to us lessons on how best to prepare for the afterlife. Not only do they share their prophecies and revelations with us, but they also share their snacks and packed lunches. Their faith is simple as their doubt complex. They are working towards the millennium, like the rest of us, riddled with despair and distrust, driven by hope and innocence. They are the Beautiful Losers.

During one of these lessons a terrible accident happens and all hell is let loose. We can’t say anymore about that now.

Inspired by the preachers who stand on street corners telling of the end of days as commuters hurry on by, this work imagines that heaven has fallen into the everyday and it is the job of our intrepid performers to convince the audience of the miracle. We abandoned the proscenium-arch set-up to make an environmental performance that had to be adapted to respond to each site it was played in. Not only did it help us to intensify even more powerfully the face-to-face relationship between performer and audience-spectator; it also began our fascination with working in non-standard formats and locations. We worked for the first time with computer-based sound-artist Darren Bourne to create a quadrophonic soundscore that both surrounded and filled the performance space. In 2003, Singapore-based performance company Spell#7 revived the show and set it in a shop-house in the Little India district of Singapore.